Food is produced in a chain context and extends ‘from farm to fork’, from agriculture to consumption and the residual and waste processing of released food residues. Loss of the agricultural product occurs in all links of this chain and as a result, an estimated 40-50% is lost. For the Netherlands, € 2 billion is lost in the production chain and at least € 2.4 billion in food is wasted by consumers.*

The United Nations (UN) wants to reduce global food waste by 50% by 2030. This is one of the Sustainable Development Goals that the UN has agreed upon. The agriculture ministers of the European Union (EU) have adopted this objective. They have made agreements to combat food waste. Ultimately, it is up to consumers and businesses to waste less food. But the government is helping with this.

To combat food waste, the following priorities are set: 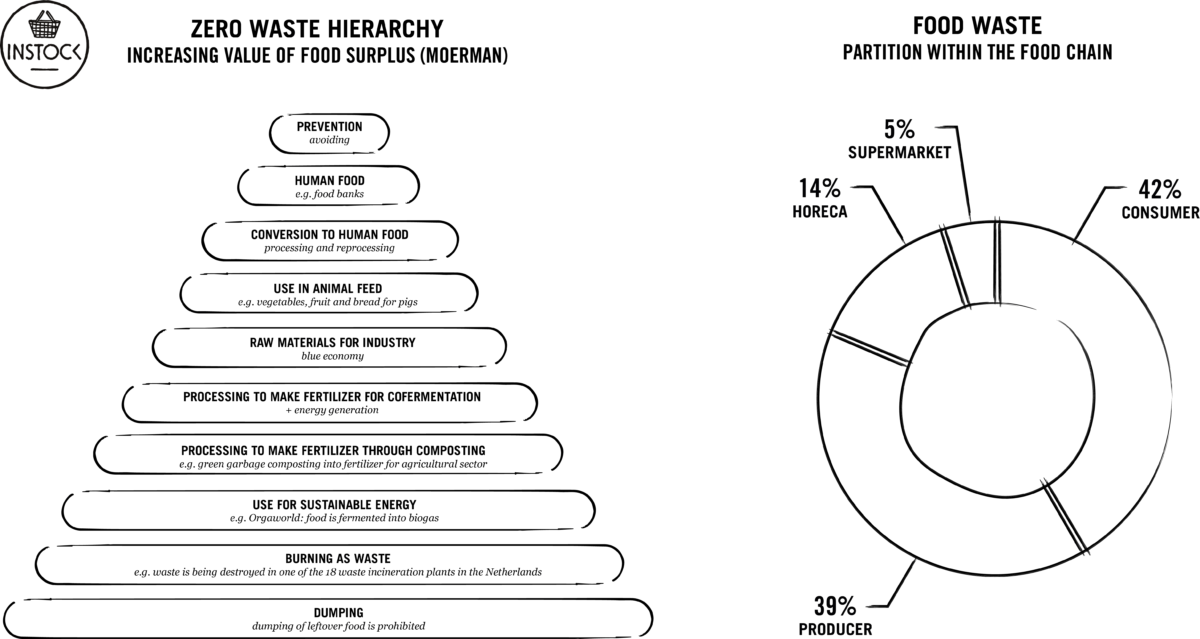 The slaughterhouse is an important link in the circular economy. Parts of the slaughtered animal that are rejected for human consumption are often raw material for numerous other products. From slaughter – apart from some parts of pigs, cattle, calves, sheep and goats – very little remains that should be considered waste.

All kinds of products are made from residues and by-products. From a by-product such as pig bristles, for example, brushes are made. The pig’s bladder is suitable for covering lampshades. The bones provide raw material for glue, gelatine and buttons. Animal fat is raw material for the oil and fat industry (soap). Animal fat is suitable for the production of biodiesel. From a slaughtered animal, almost everything is re-used.

These residual flows are hygienically transported so that they can be further processed. This not only generates money, but also a positive image (sustainable). This provides your company extra opportunities and extra profit.

Would you like to know whether hygienic internal transport of waste and residual flows is possible in your production area? We would be happy to put our experience to work for you.